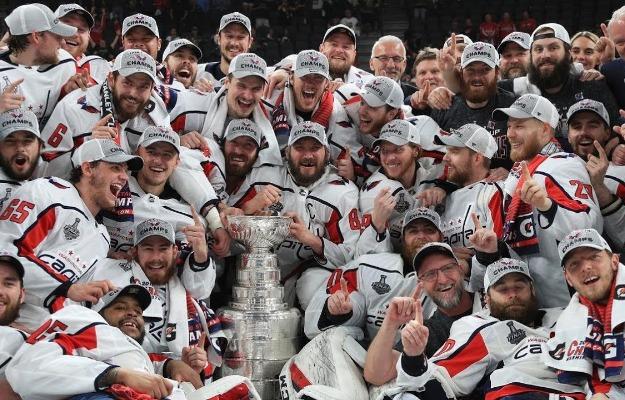 The Washington Capitals defeat the Las Vegas Golden Knights 4-3 Thursday to win the Stanley Cup. It is the first Stanley Cup in franchise history and the first championship for any Washington D.C. team since 1992.

The deciding Game 5 was unfortunately in Las Vegas, but the Capitals home arena was full of fans that exploded into celebration at the final buzzer. And it didn’t stop there. Fans took to the streets, as all fans typically do after a championship, to further the celebration. The Capitals have one of the most loyal fan bases in the NHL, so it was a great moment for them.

It was also a great moment for Alex Ovechkin. The 32-year-old has been a star and the face of the franchise since he was first drafted at only 18 years old. But despite his many great seasons and impressive stats, the Stanley Cup has always alluded him. So while hockey is definitely a team game, it was hard for anyone to not make this championship run about him.

Because that’s what it all comes down to when people talk about the greats in any sport. Did they win a championship? Just look at the likes of Dan Marino, Charles Barkley, or Ken Griffey Jr. to name just a few. They were the top players in their game but could never pull a championship. And while it didn’t hurt their Hall of Fame stock, it might haunt them forever and will always be a mark on their legacy.

But Ovechkin wasn’t done there. Thanks to his efforts he was also awarded the Conn Smythe Trophy, which is given to the MVP of the playoffs, during which he recorded 15 goals. “It means everything,” he said after the game. “We have been waiting a long, long time, since day one.”

“It’s like a dream,” he continued. “It was a hard, long season. We fight through it. We worked so hard through all the years and we were together. It was a whole one team, stick with the system and it doesn’t matter what happened, even after the second period, we knew we just have to push it and get the result done. That’s it.”

Jaromir Jagr, one of the greats in his own right, said that “It’s pressure off,” in regards to Ovechkin finally winning the Cup. He played with Ovechkin on the Capitals from 2001 to 2004. “Nobody is gonna talk about it. It’s huge. It’s not easy to win the Cup. But he truly deserves it. I didn’t see many games, but what I saw, he played the best I saw him play the last 10 years, for sure.”

So here’s hoping that Ovechkin is properly soaking it all up and enjoying this moment. Because we know owner Ted Leonsis is already planning to do just that. When asked about the eventual parade, Leonsis said, “I think it’s going to be much bigger than everyone is expecting.” Enjoy it, D.C. You deserve it.