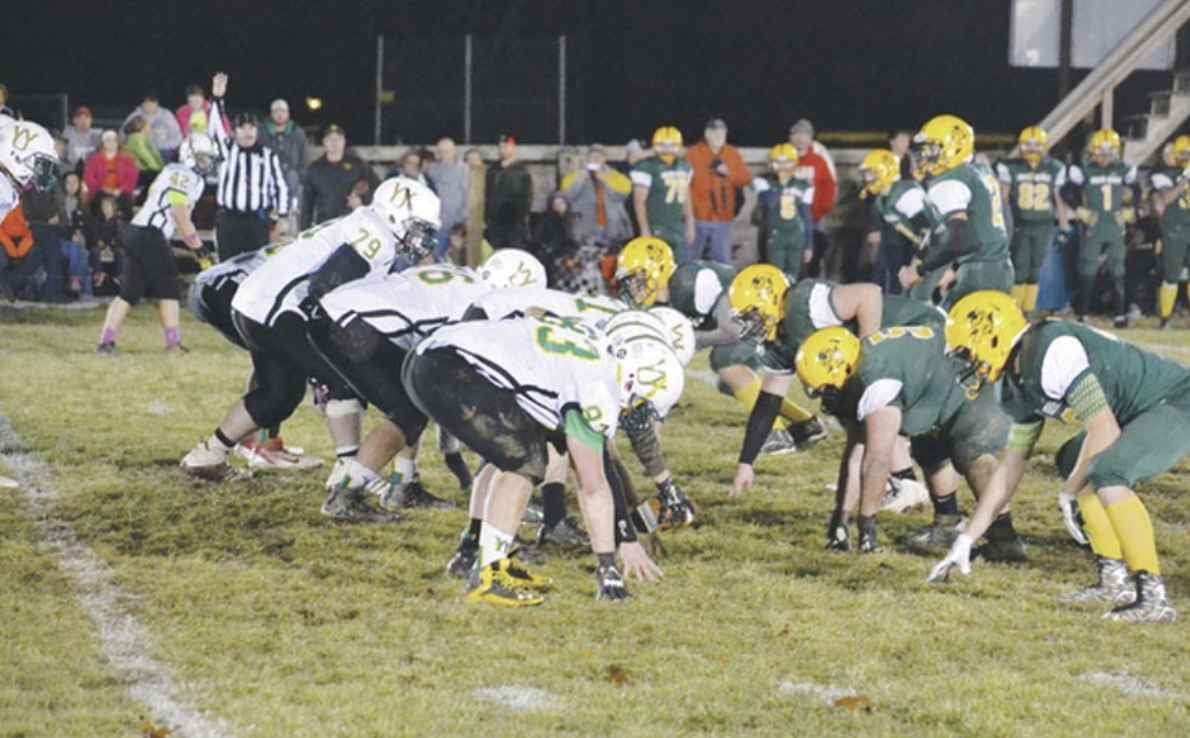 Club Sports are naturally a huge event, especially for the small community of West Union Ohio. Tonight, members of the community have gathered together to watch the final game of the year for West Union High School.

Despite having no athletics, the football team was able to play as a club sport. The absence of school funding meant that the team heavily relied on donations. For parents like Brett Heater, these efforts are definitely worth it. “The kids enjoy it. You want your kids to have fun. You don’t want to put them in a bubble where they’re not going to experience the things they’re supposed to experience” Heater said. His son Trent was a West Union Club Football Player.

In the middle of a heated game between the Dragons and the Southern Buckeye, Trent had experienced a terrible accident. His ribs were crushed after he was hit by a helmet. The blow knocked him off ground and made it difficult for him to breathe.  Brett instantly knew that his son was badly hurt.

The team had to call for an EMT to assess Heater’s injuries. Without the proper equipment, the EMT decided to life-flight Heater to the hospital. “That’s a scary feeling. The upside to that is, you know, the people that pick him up are extremely well trained, know what they’re doing. They can give him the best help that’s available.” Brett Heater said in an interview for Local 12.

Even experts agree that whether it might be a big event or a small one, the need for professional help is still important. “You have the same potential problems and the same potential dangers or risk associated with a club team – as you do a sports team associated with a high school. If you’re going to make the huge investment of having a football team, for example, then I think that it behooves the administration or those making the decisions to decide whether or not they’re going to provide that in the safest way possible.”Carl Maresh who works as a professor and the director of the exercise science Laboratory in the Department of Human Sciences at Ohio State University said.

Thankfully, Trett’s family could breathe in a sigh of relief as doctors announced that he simply needs rest and just a few weeks off practice to fully recover and heal. However, accidents like this in sports clubs are unaccounted for- especially since there are no governing bodies to monitor this situation.

While it might be unheard of, athletic trainers should play a more active role in club sports and grassroots leagues, to offer advice and guidance for aspiring athletes. The issue also goes beyond football and even in other sports such as hockey and travel baseball.

While there have been no definite actions from sports authorities on how to ensure and prepare club sports from accidents and risks, parents like Brett simply believe that there is not much they could do about it.