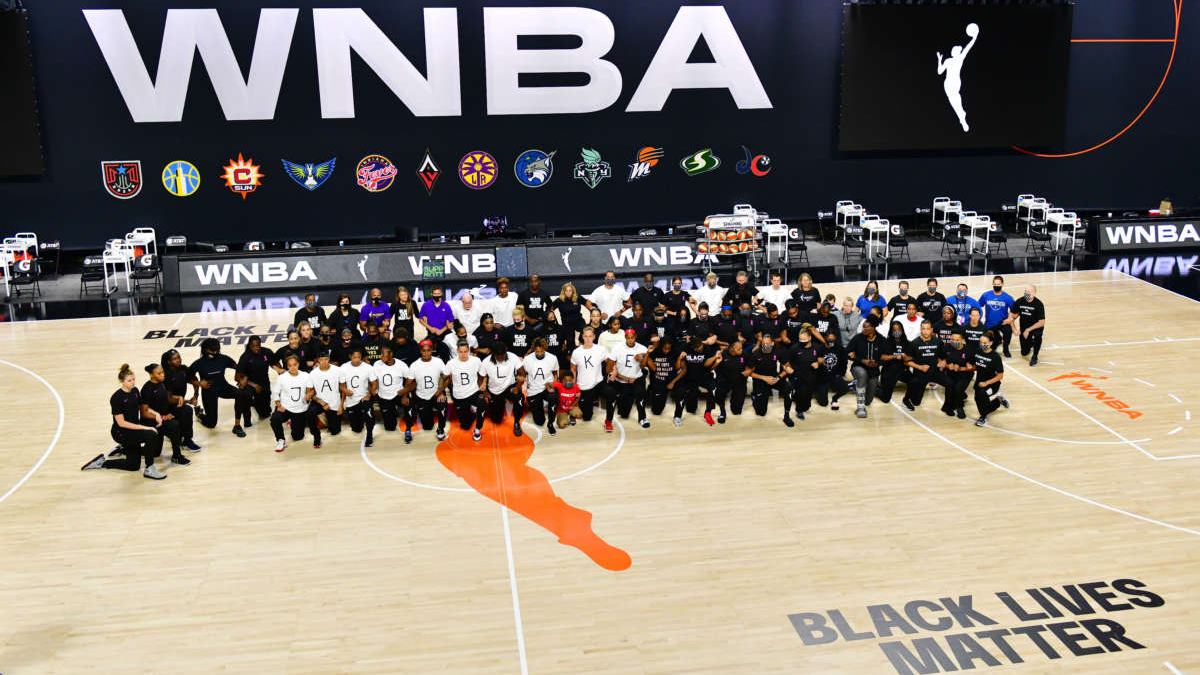 Jacob Blake is an African-American man who was shot by the police on August 23, 2020, at Kenosha, Wisconsin, as a response to a domestic violence incident call from 911. Police used tasers and shot seven bullets, 4 of which hit Blake, despite not having clear evidence of Blake being violent or refusing to cooperate with the officers. This encounter resulted in Blake being paralyzed from the waist down. Several riots and protests have ensued for the alleged injustice against Blake.

Because of this incident, the pro-sports team has taken a stand to show support for Blake on this grave injustice. This was led by the Milwaukee Buck’s refusal to play during a match-off against Orlando Magic to protest Blake’s shooting. Pro-tennis player Naomi Osaka also decided to sit out the semi-final match at the Western Southern Opera to protest this horrendous crime.

According to an interview with Osaka, she emphasized that she is a Black woman first before being an athlete, and to support her community. She decided to sit out on the match as a form of protest.

Other NBA games also quickly followed suit, with the majority of the NBA games being rescheduled. Among them are Bucks versus Oklahoma City Thunder and Houston Rockets, the Portland Trail Blazers, and the LA Lakers. The Milwaukee Brewers and Cincinnati Reds also decided to delay their games.

The Women’s National Basketball Association also showed support for their brothers in the NBA by rescheduling three matches. In an interview with Elizabeth Williams, a player from Atlanta’s dreams, she reiterated the need to support each other through these terrible times.

The Soccer industry also protested and showed support for Blake by postponing five matches. In a show of solidarity, two teams, Inter Miami and Atlanta United locked arms with each other and refused to play.

Why the Bucks Wouldn’t Buckle

For the Bucks, the decision to show their protest against the shooting of Blake was easy. When it was time for them to play, the team was still in the locker room and refused to budge, even if they were leading the playoffs with a 3-1 score.

In an interview with Buck’s players, they mentioned that they want to change and have been demanding change in the past, but could not see any action for change from the government. They even cited that people expect the best of them whenever they play in the basketball court as they represent their respective teams. However, the same cannot be said to the government who play blame games.

The team owners also shared the team’s sentiment even if they were not informed about this beforehand. NBA superstar, Lebron James, also tweeted his support after Buck’s protest, saying, “F–K THIS MAN!!!! WE DEMAND CHANGE. SICK OF IT”.

Sterling Brown, the Bucks’ shooting guard, also shared his story with his encounter with the Milwaukee officers when he parked in a handicapped spot back in 2018. The officer used a stun gun to calm Brown down and even stepped on his ankle! The video also showed how the police officers discussed what would happen if they arrested an NBA player and can be heard singing the lyrics of O’Jays song “For the Love of Money.”

With all the pieces of evidence springing up about racial injustice, it boils down to respect—respecting anyone regardless of their race, gender, and color.